Scotland supports an estimated 75% of the UK red squirrel population. Although one of the most popular mammal species in the country, they are facing a number of ecological challenges which have reduced their populations. The red squirrel is now one of our most threatened mammal species.

We're working with a number of partners, including Scottish Natural Heritage, to save the red squirrel for future generations. 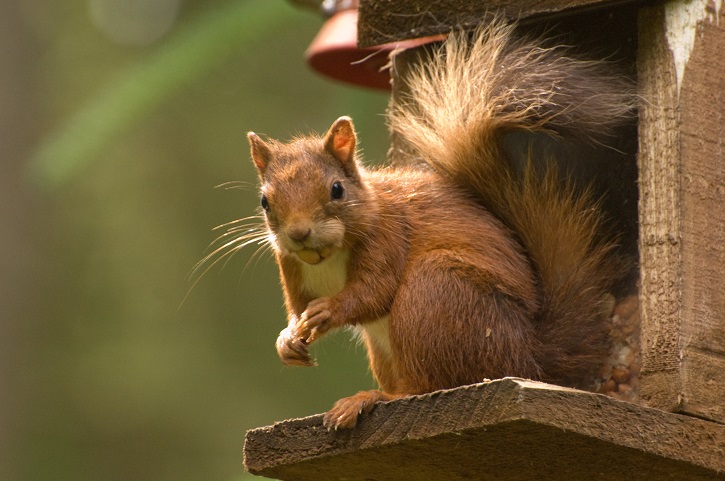 You can get involved in helping red squirrel conservation through one of our partner projects:

The red squirrel is a priority species under the Species Action Framework. This sets out a five year plan for managing species in Scotland, so that effort and resources are targeted to offer the greatest benefit. The most important actions we take for red squirrels are to:

1. Monitor the spread of grey squirrels in Scotland and support their control in key areas to prevent further losses of red squirrel populations.

We have established eighteen public and private forest areas, as well as the Island of Arran, as red squirrel stronghold areas.

4. Encourage consideration of red squirrels in planning or development proposals likely to affect their habitat.

Red squirrels are fully protected by law and it is an offence to:

If a development is likely to affect a red squirrel habitat, special care must be taken to make sure that the plans take this into account.

We have produced Guidance on Forest Operations and Red Squirrels and your local Scottish Forestry office can advise on Forest Plans and SRDP applications that may affect red squirrels.

It is currently not possible to issue a licence to permit actions that would otherwise constitute an offence in relation to red squirrels for the purpose of forestry or development. Provisions under the new Wildlife and Natural Environment Act may enable this in the future in particular circumstances. More information on this is available from NatureScot.