What is Phytophthora pluvialis?

Phytophthora pluvialis is a fungus-like pathogen known to affect a variety of trees including western hemlock, tanoak, pine (Pinus radiata, Pinus patula and Pinus strobus) and Douglas-fir. It was originally reported in Oregon, USA in 2013 on tanoak and Douglas fir and was subsequently identified as the pathogen responsible for ’red needle cast’ of radiata pine in New Zealand.

Phytophthora pluvialis was discovered in a woodland in Cornwall in September 2021, where it was found to be affecting mature western hemlock and Douglas-fir trees. Following extensive surveillance, further outbreaks have been found in Cornwall, Devon, Cumbria and in Scotland. 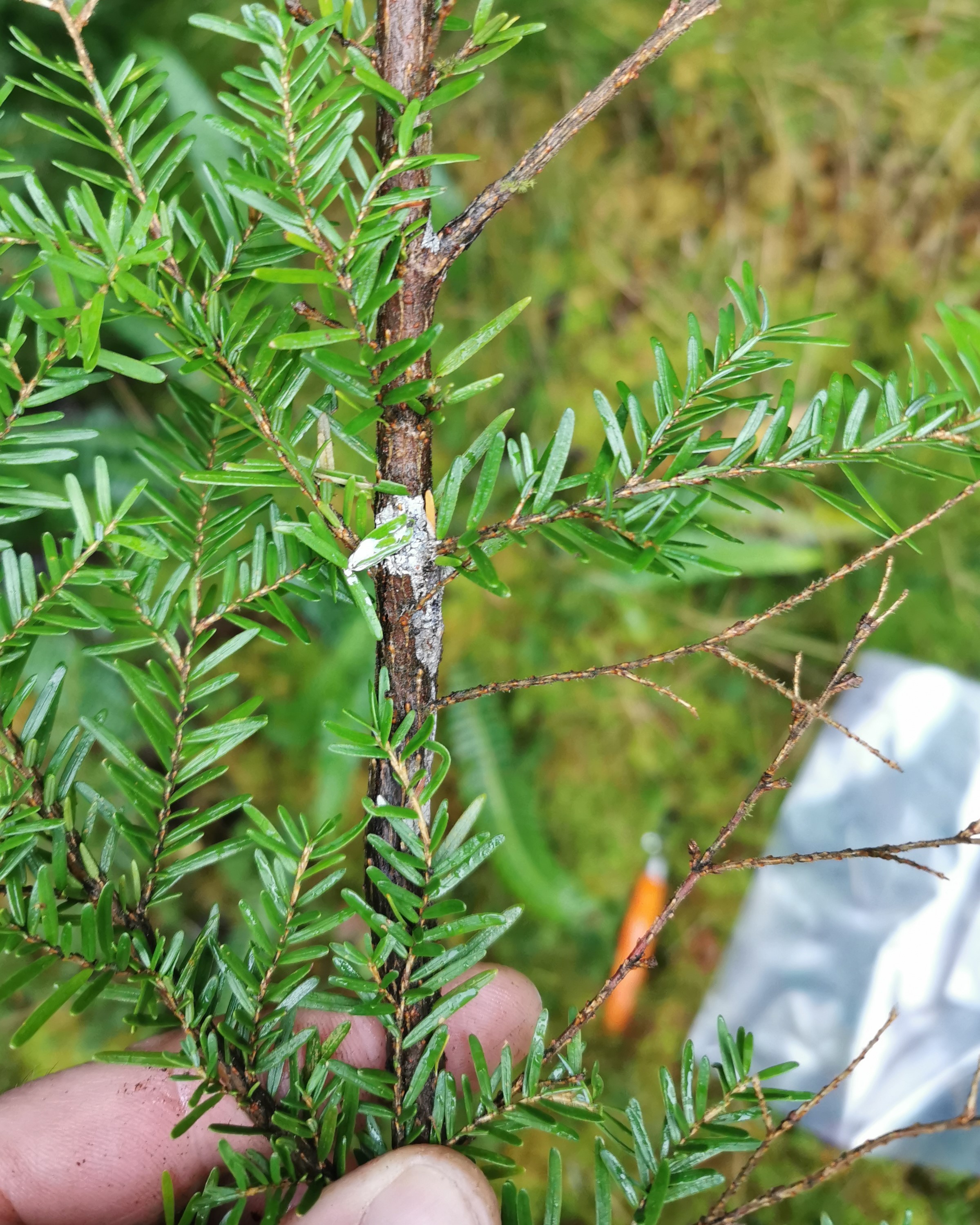 Phytophthora pluvialis is known to cause needle cast, shoot dieback, and lesions on the stem, branches, and roots.

Read the symptom guide, which illustrates some of the symptomatic trees from which Phytophthora pluvialis has been detected in the UK.

Please remain vigilant for signs of Phytophthora pluvialis. If you think you have spotted signs of this disease anywhere in Great Britain then please tell us using TreeAlert.

A risk assessment has been carried out by the UK Plant Health Risk Group, which has concluded that Phytophthora pluvialis meets the criteria to be classified as a GB quarantine pest for regulatory purposes. To protect the country against this disease, under power conferred by The Plant Health (Official Controls and Miscellaneous Provisions) (Scotland) Regulations 2019 Scottish Forestry will introduce demarcated areas around confirmed outbreak sites, and have introduced movement restrictions on materials capable of spreading the disease using ‘Scotland Demarcated Areas’ Notices.

These notices prohibit the movement of any wood, isolated bark and trees (including live trees, felled or fallen trees, fruit, seeds, leaves or foliage) of the genus Tsuga, Pseudotsuga, Pinus and Notholithocarpus, that has originated within the demarcated area.

Provision is made within the notices to enable plant health inspectors to authorise movements and processing of material from the demarcated area where this can be achieved without risking the spread of Phytophthora pluvialis.

Notices now also include an additional restriction on the felling of susceptible material within the demarcated areas, unless Scottish Forestry has been notified in writing in advance.

How to request an authorisation

You can request an authorisation for: