Today (20 May) is World Bee Day so it’s great that our Environment expert Colin Edwards has taken some time out to share the latest from his home-made bee hotels.

Colin’s bee hotels are made from a range of untreated wood and he’s sited them in sunny positions within his back garden. His aim is to attract solitary bees which are fantastic pollinators.

“My bee hotel has been quieter recently; the cooler weather has reduced periods of activity to when the sun has shone,” says Colin. “That doesn’t mean insect activity has ceased altogether – far from it. While watching for bees I keep my eyes open for any flight activity elsewhere in the garden, especially around native trees and shrubs where I have seen plenty of other solitary bee species and wasps.

”It looks like we are in for some hot weather now so all activity in the garden is likely to pick up again which is great to watch.” 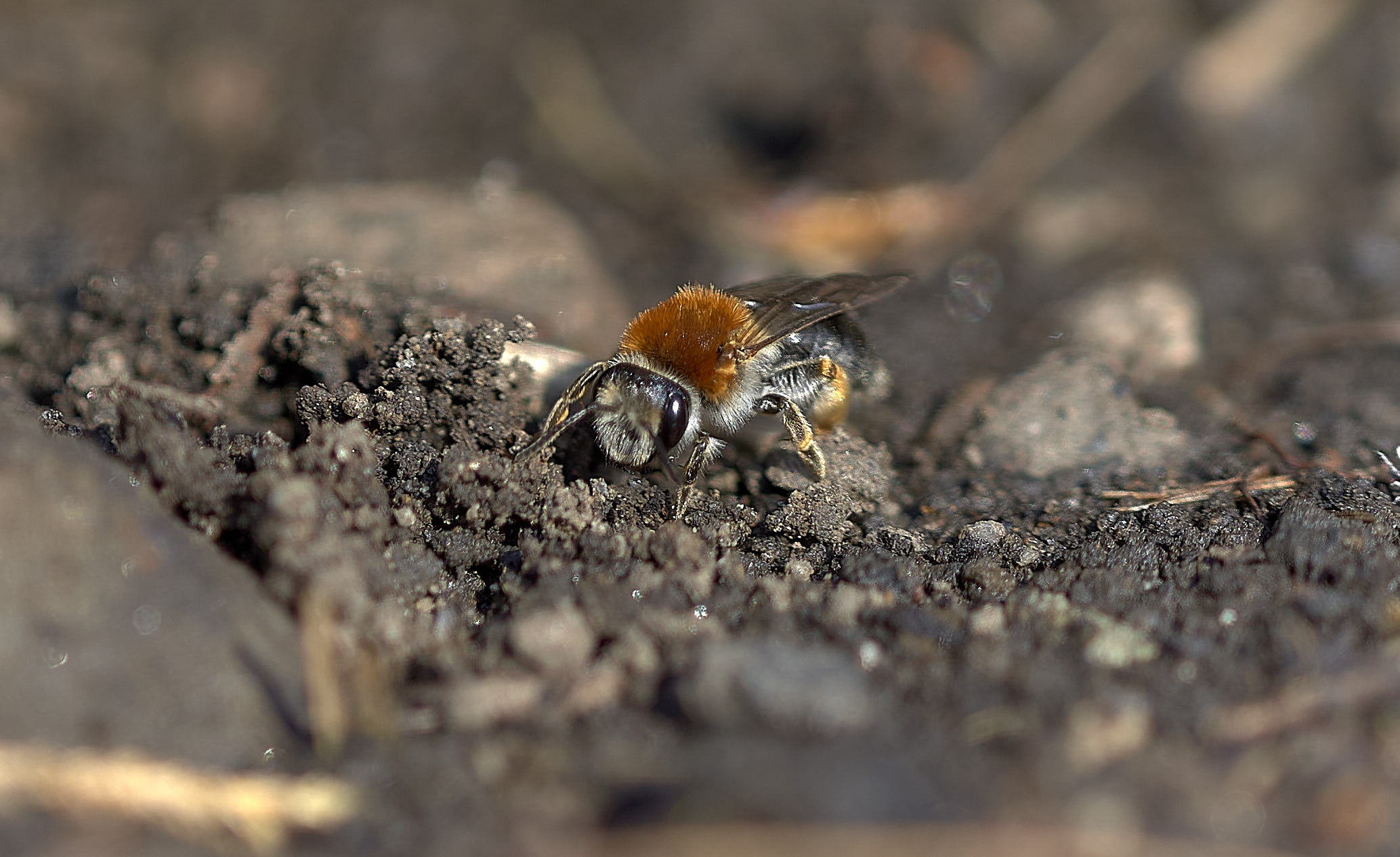 These brightly coloured solitary bees are one of many Andrena species that make their nests in soil. They dig deep to construct individual cells in which to lay their eggs. Their excavations can be found in lawns too – so take a look at sunny spots with short grass to see if you have them. 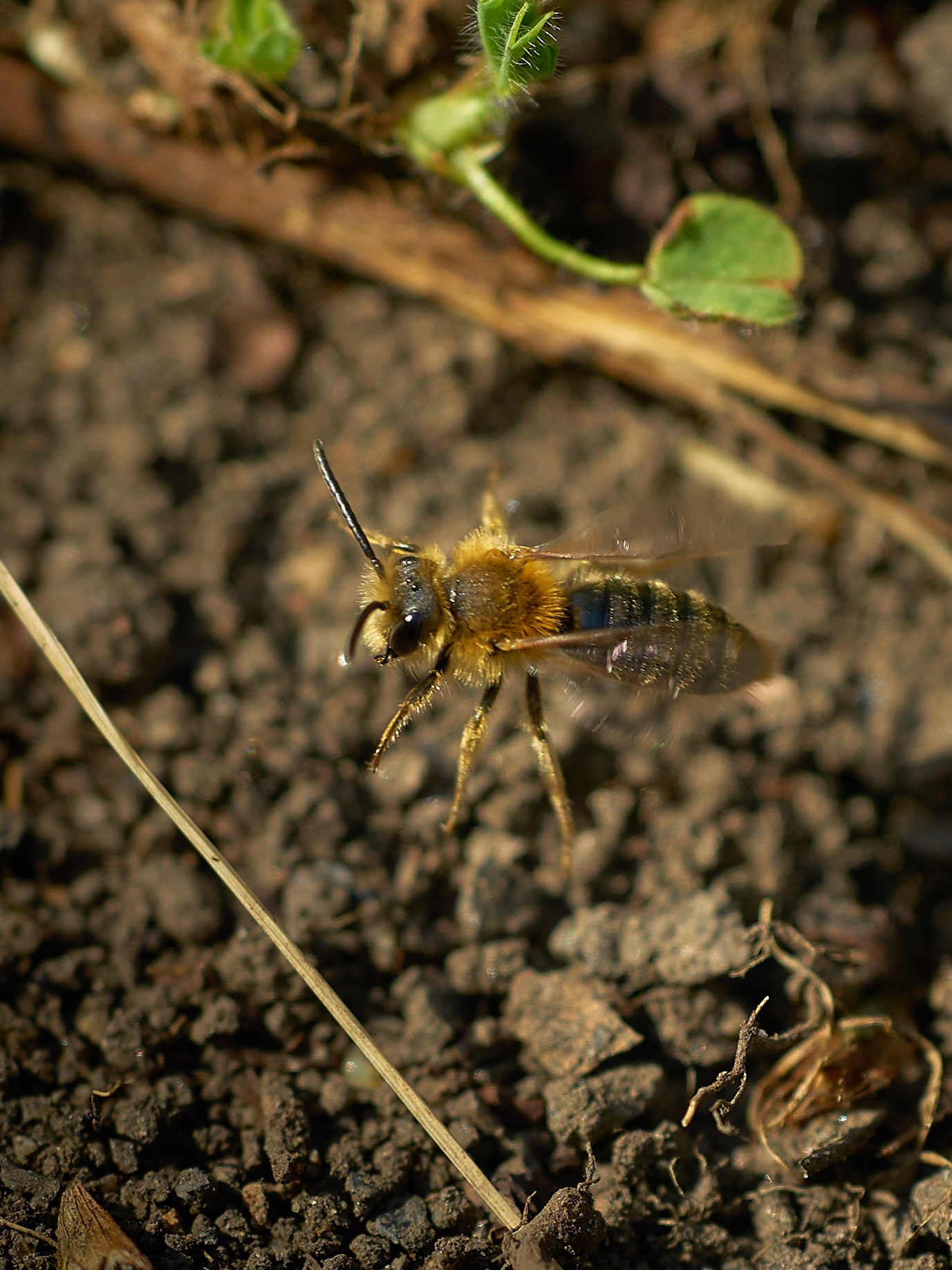 Where there are solitary bees, Colin says there will be other species that are associated with them. In the case of Andrena there are a number of cuckoo bees: these are wasp mimics, which lay their eggs in the nests of other bees. Their young kill the bee brood and feast on the pollen stores intended for the Andrena’s young.

“This behaviour is called Kleptoparasitism. I often find these Nomada species resting on birch and sycamore leaves, attached to the underside of a leaf by their strong mandibles,” he adds. 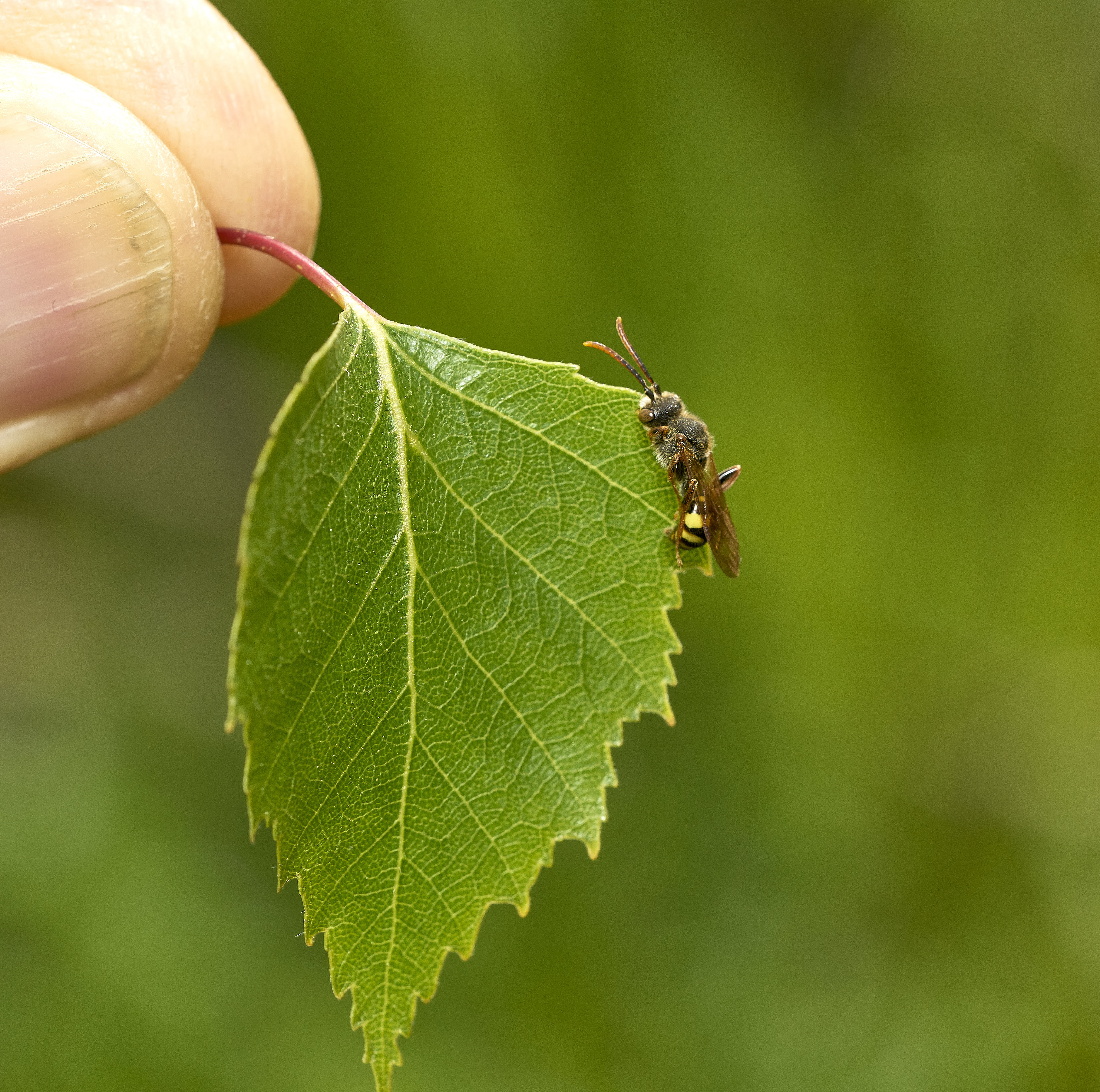 Many other species to look out for

“If you have hawthorn trees in your garden or on your exercise route, take a look at the flowers just now. You might see a very common micro moth (Glyphipterix simpliciella) or if really lucky one of the sawflies, another species that mimics a wasp. 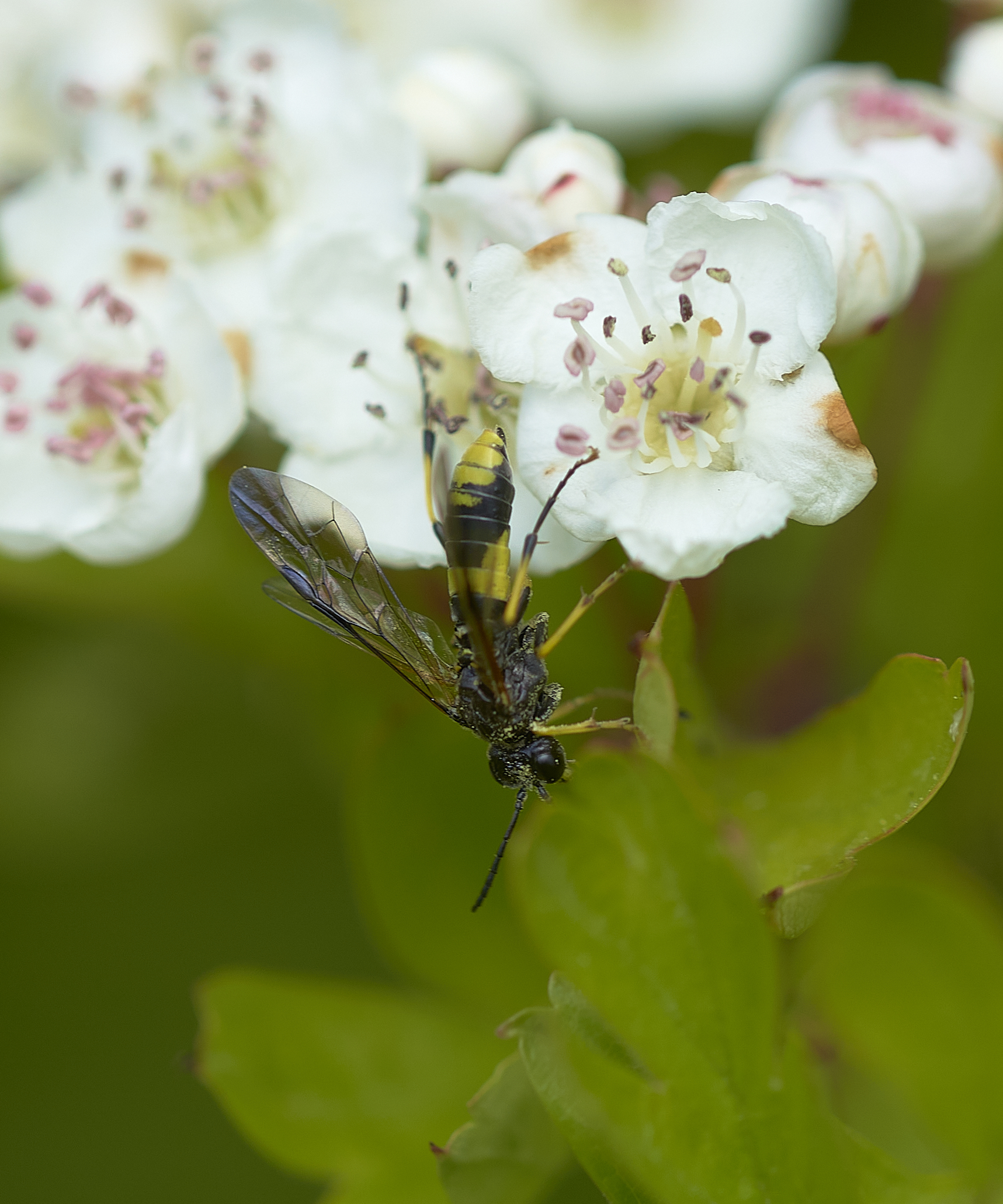 “The ones I have seen most recently are Tenthredo temula. The adults prey on small insects, but also feed on pollen and nectar from Hawthorn and Bramble flowers.”  [two pics – one of micro moth and one of sawfly] 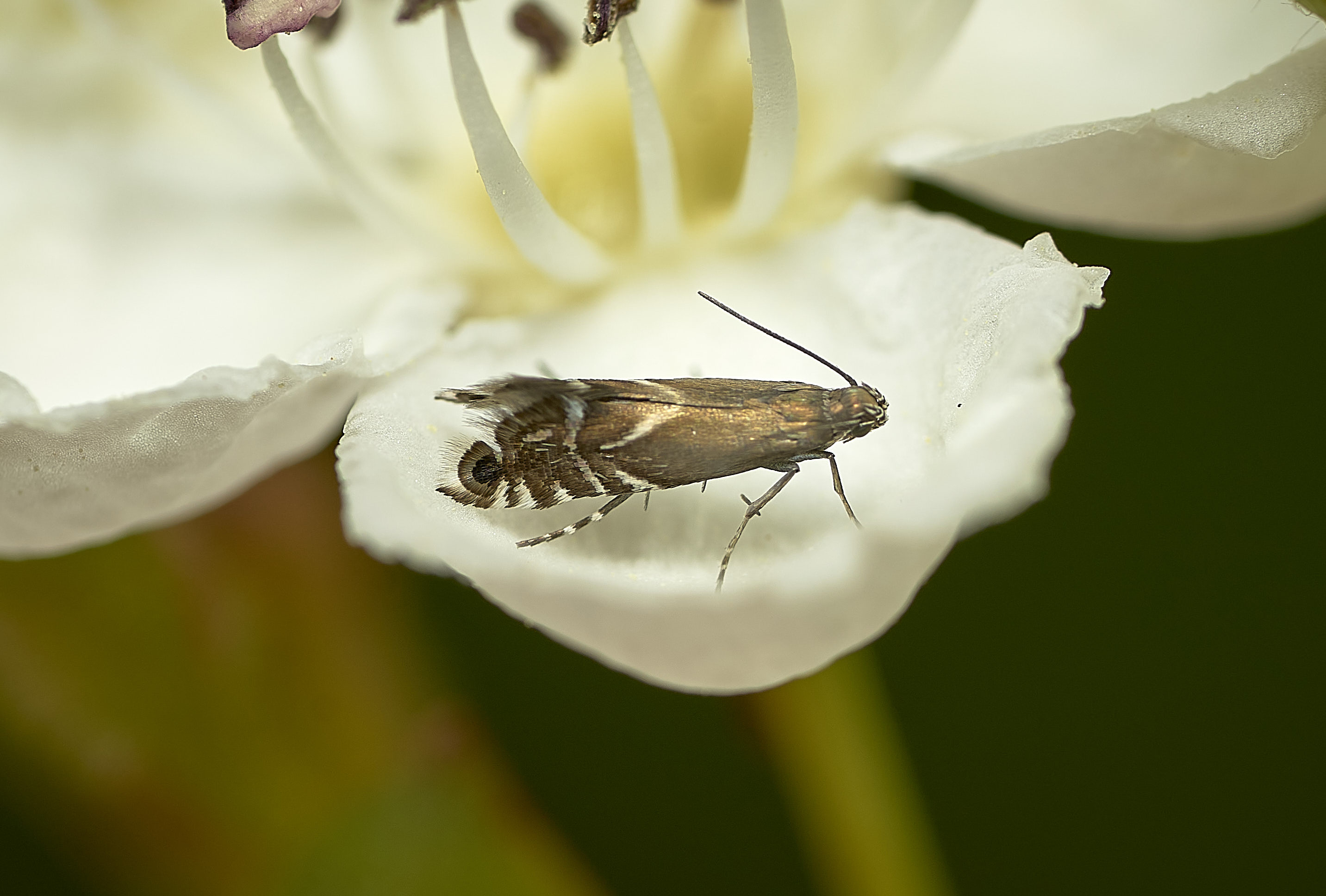 In quiet gardens you may be able to hear a rasping sound which could be wasps collecting nesting material from old dry native hogweed stems, or from fences or garden furniture.

“This activity is part of the process of turning wood into a home, by breaking wood fibers down in their mouth to a soft paper pulp, and then reshaping their intricate nests. My garden wasps use Sitka spruce pallets as their raw material of choice – these collections, repeated over several years, show up as distinct banded strips on the favourite boards.” 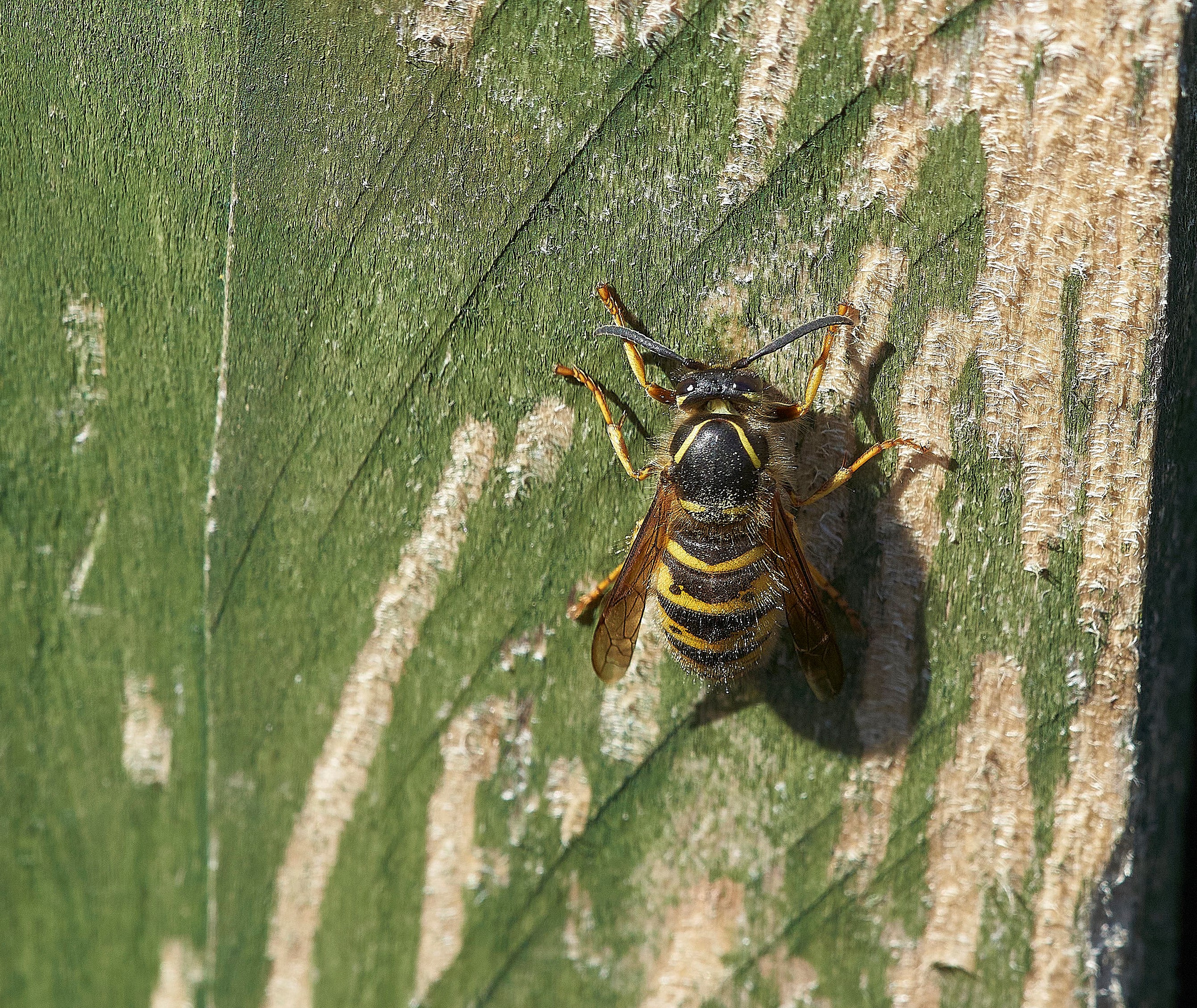 Colin says that all of these species benefit from a range of native tree and shrub species and can be encouraged into gardens where suitable conditions can be created. All benefit from the creation of areas of new native woodland, where edge habitat is created and a range of native flowering plants are present.

Make your own bee hotel

If you want to find out how easy it can be to build your own bee hotel then Colin has documented his experiences in a previous Blog which can be found here.