Since taking ownership of the island in 1997, the Isle of Eigg Heritage Trust (IEHT) has been seeking ways to manage and expand their woodlands and create new island jobs.

Scottish Forestry has been very pleased to support their work through the Forestry Grants Scheme and see their ambitions as a model for delivering Scotland’s Forestry Strategy. 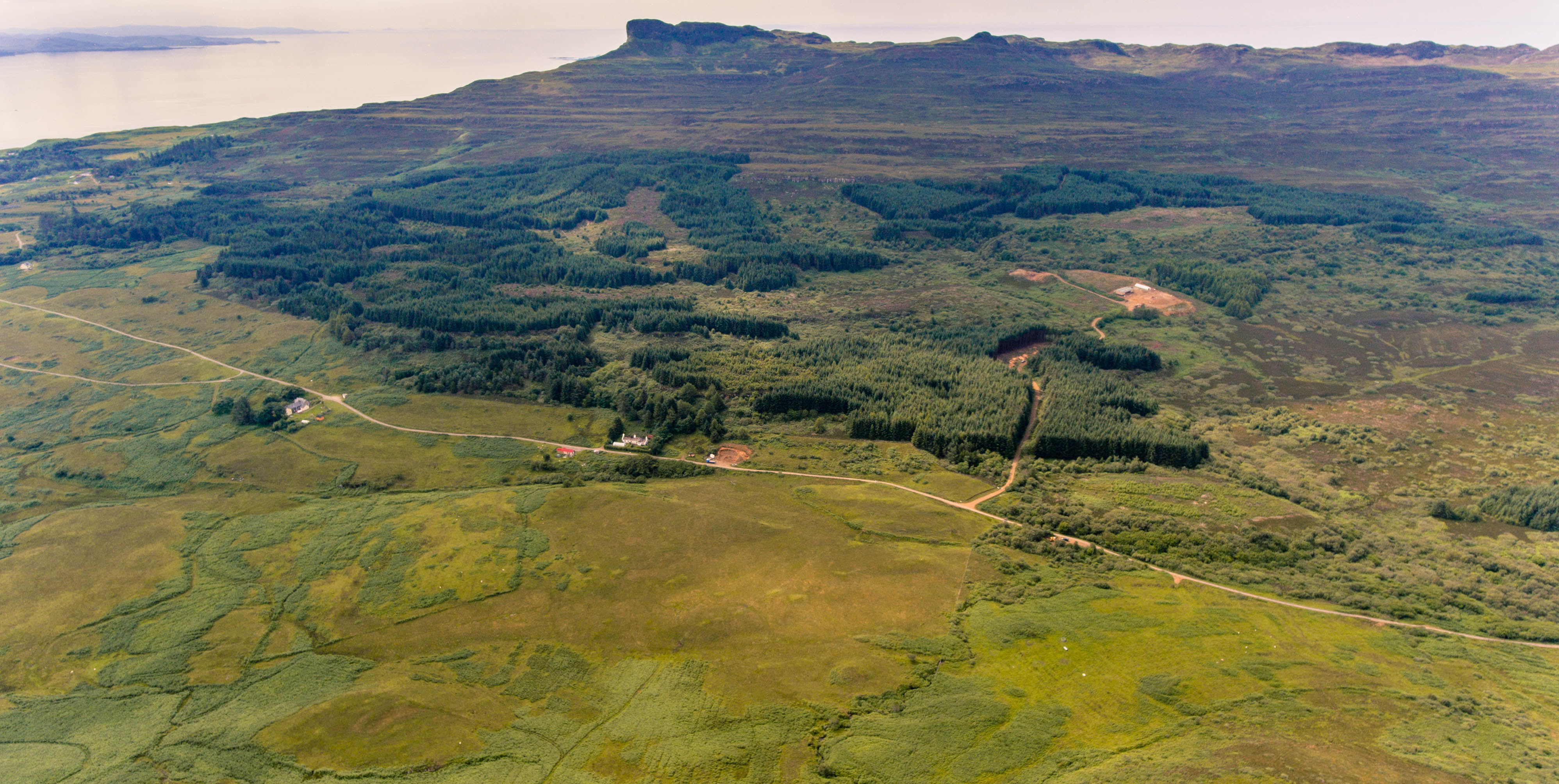 The isle of Eigg has a diverse mix of existing woodlands which cover around 247 hectares. This includes native species comprising mainly of oak, hazel and birch along with policy woodlands.

A large area of conifers which were planted in the 1980s are also present. Unusually for the Highlands and Islands, the Trust don’t need to worry about damage from deer – there are none on the isle.

Making the most of the woodlands
The Trust has worked hard to use their woodland resource for the community. This work started with Eigg Woodfuel which provides firewood to residents. It also is in keeping with Eigg’s ambition to use cleaner energy and to be carbon natural. 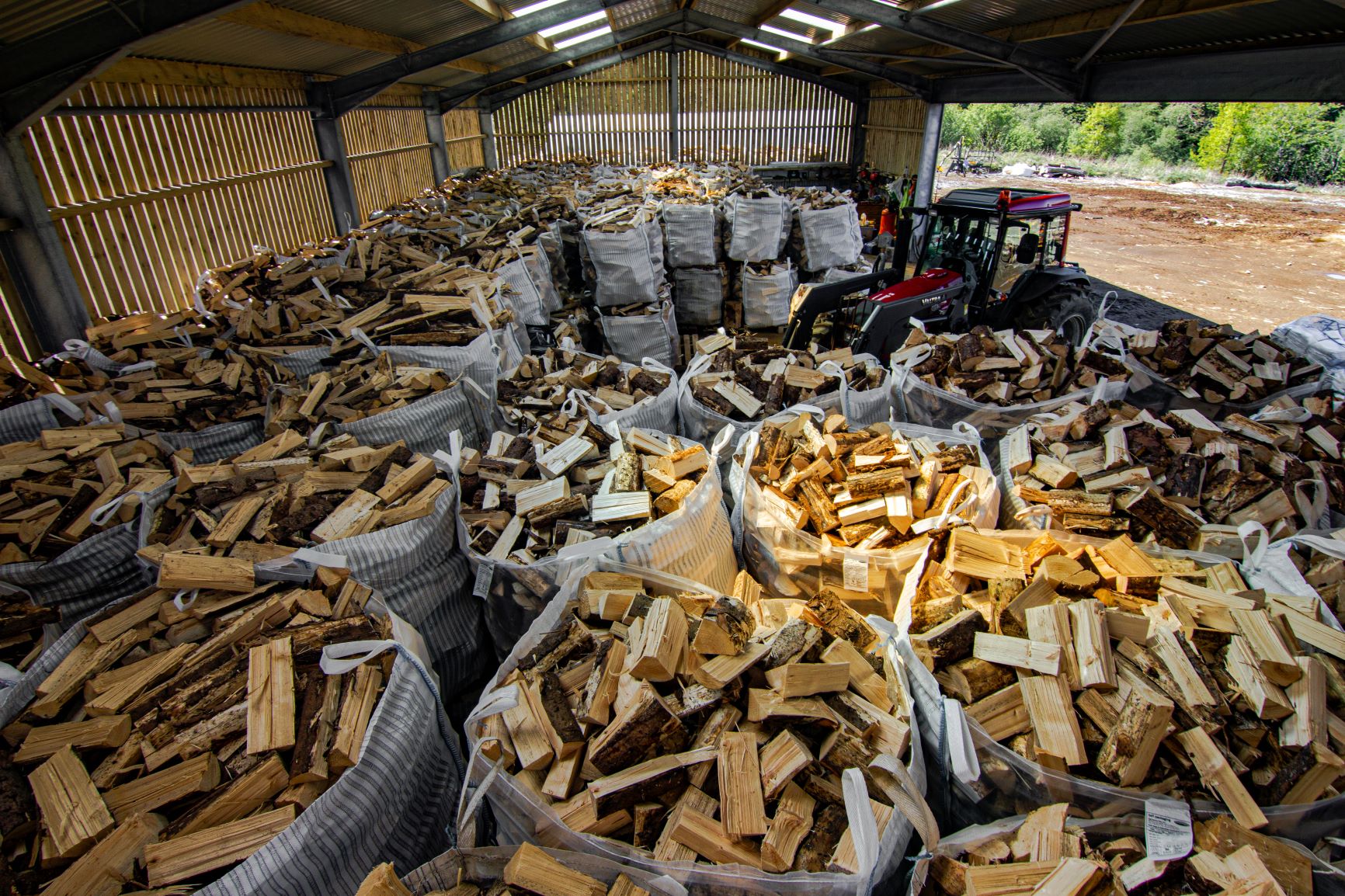 The 190ha conifer forest had reached maturity and was at risk of windblow. Extensive discussions with the Trust and the community took place with Scottish Forestry with the aim of producing a long term plan for future management of the woodland resource on Eigg.

Harvesting and transporting the timber took some innovative thinking from the Trust. They hired a new timber trailer from Knoydart Forest Trust and carefully took the timber off by boat from the Island’s pier. 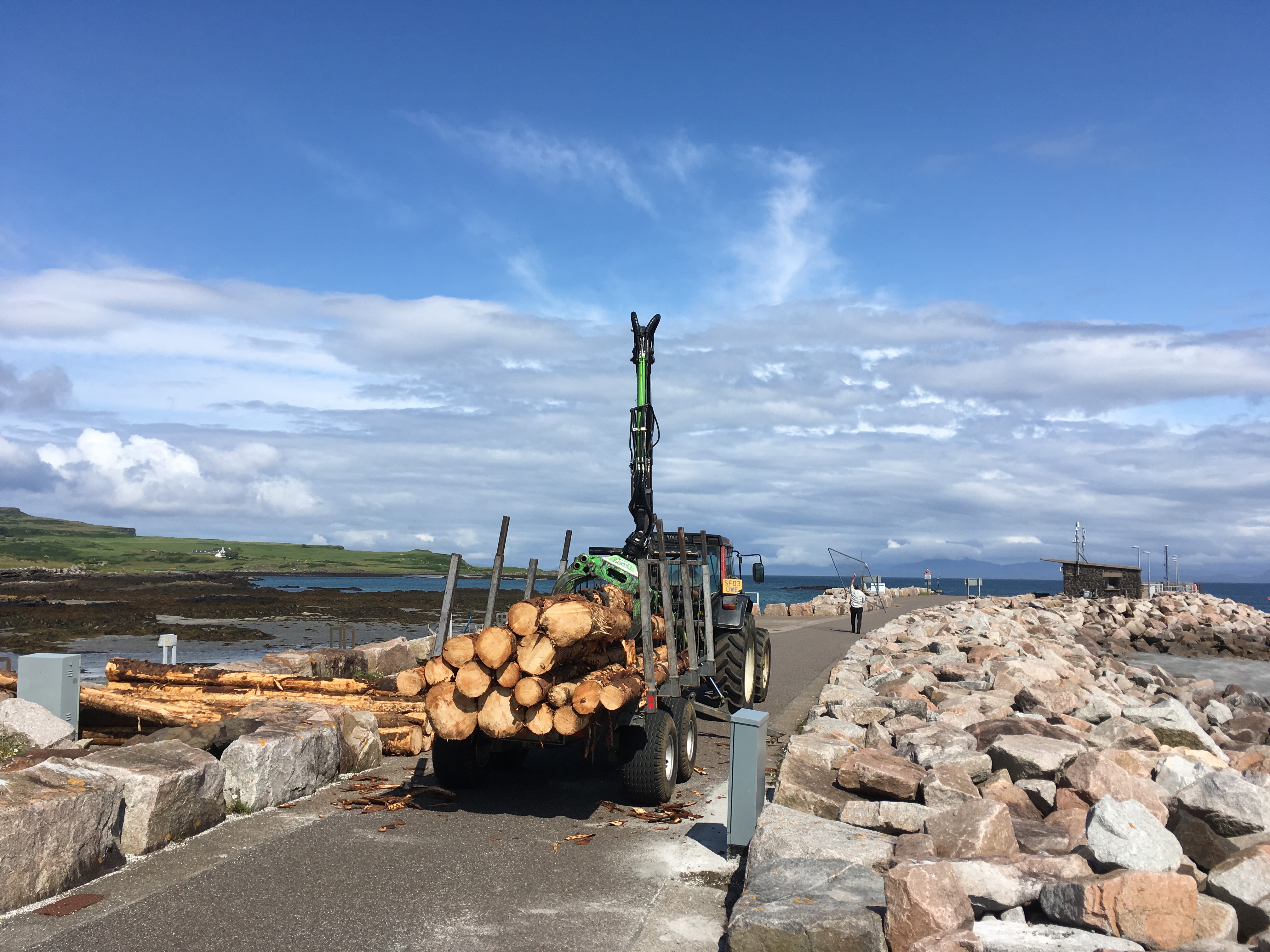 Around 3,300 tonnes of timber was harvested in total, with about 2,250 tonnes being exported and the rest was retained as firewood. The harvesting programme spans over a 20 year period, across four phases. 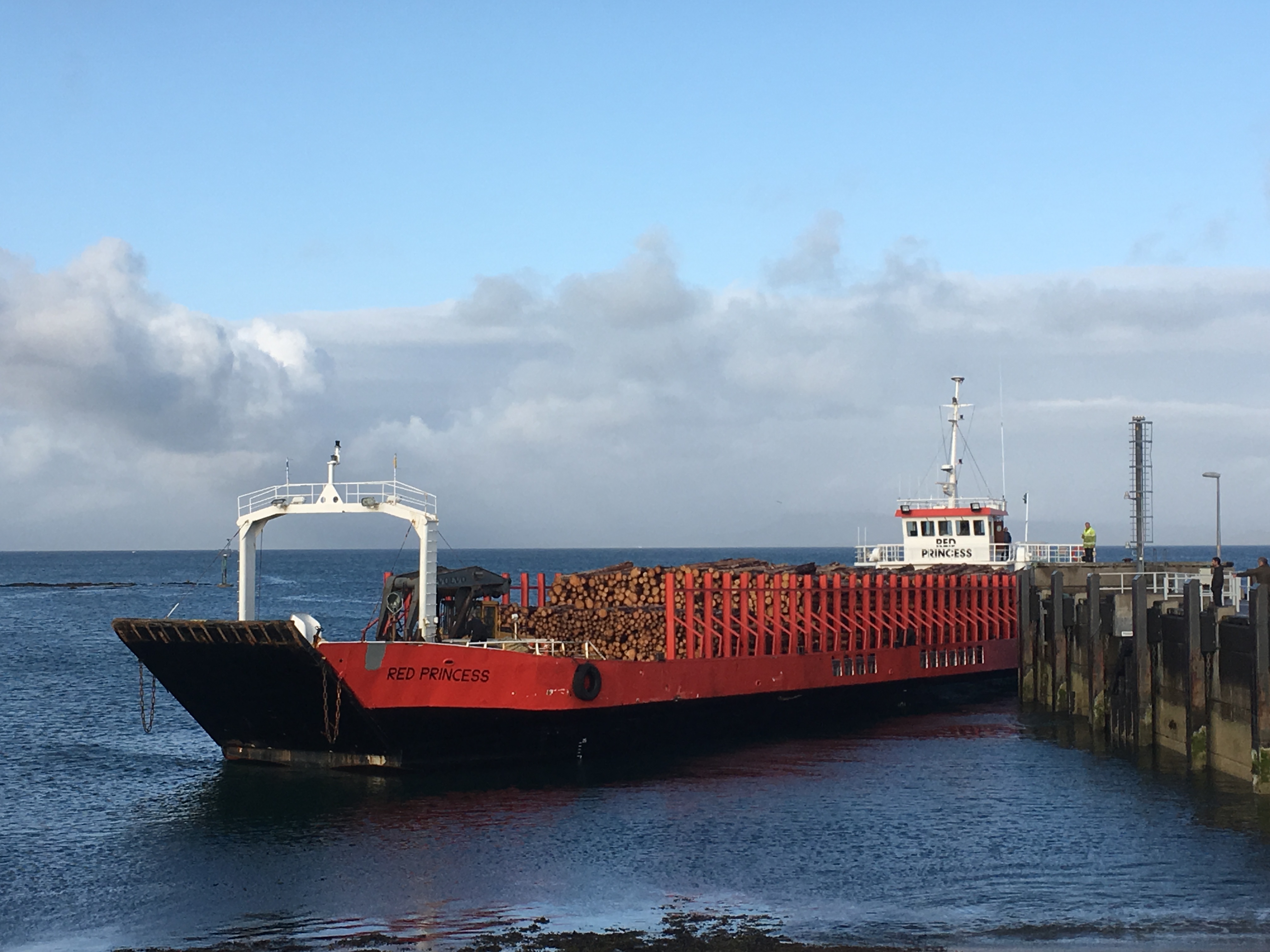 Community led design has ensured that the restructuring of the forest will also deliver improved access, new spaces for exercise and play. All this work was to encourage and support physical and mental wellbeing for the islanders.

New planting
The forest plan also identified an area suitable for planting a new native woodland. This would help with the island’s overall ambition to be carbon net zero by 2030.

The replanting of felled areas and this new native woodland led to the establishment of the Eigg Tree Nursery. The nursery produces local provenance native trees which are hard to source. It has been a great success and new funding from the Forestry Grants Scheme has recently been approved to expand production to over 20,000 trees a year, including conifers for restocking and to start exporting to neighbouring islands. 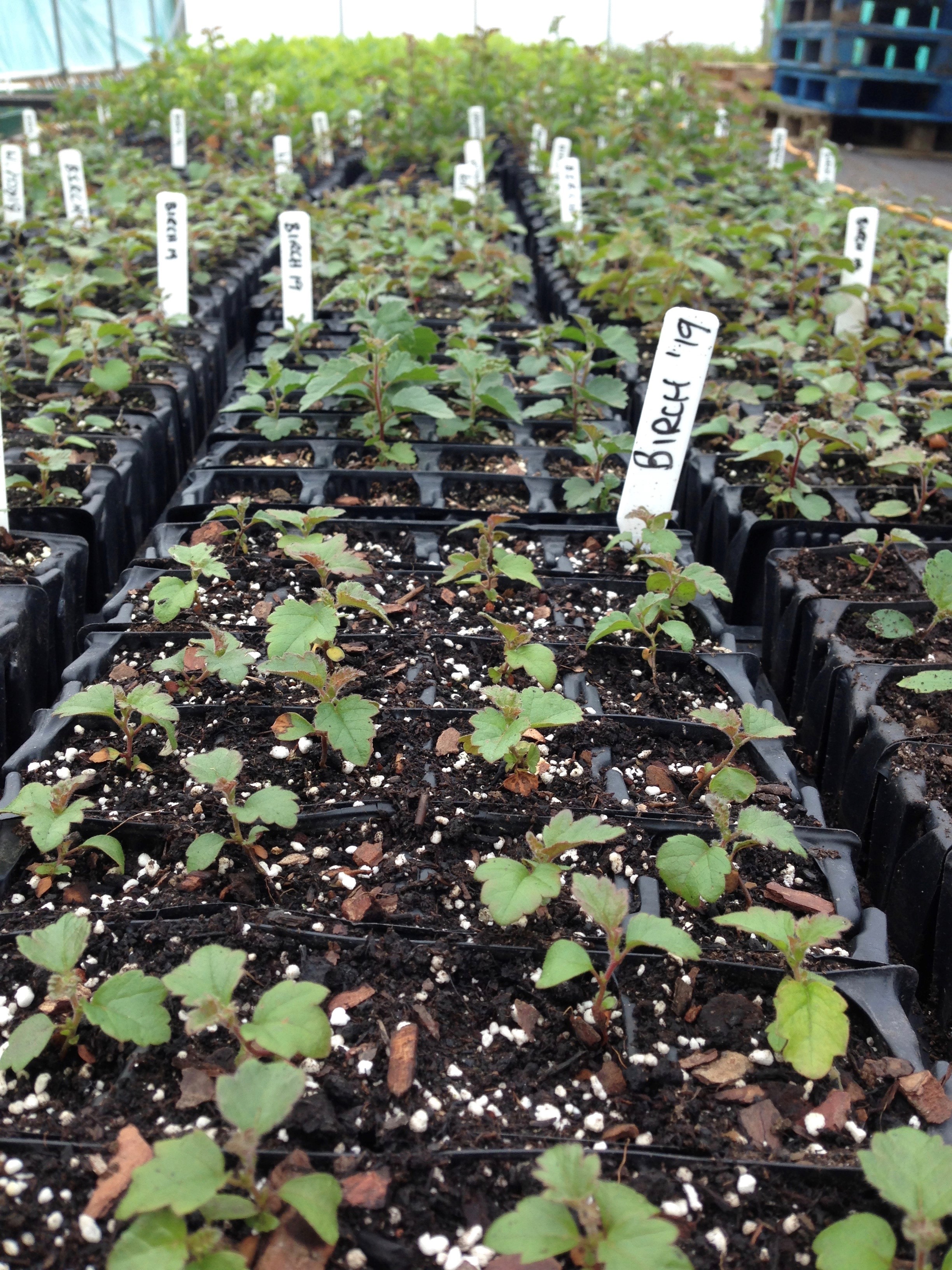 The Woodland Trust Croft Woodlands Project partnered with the Trust to help deliver the new native woodland with 13ha successfully planted in 2020. This was achieved entirely locally – all the trees were grown in the Eigg tree nursery and the team of planters were all residents.

The future
The forestry work on the isle all relies heavily on volunteers but has created three part time forestry jobs and a nearly full time tree nursery manager.

Rebecca Long, Business Development Manager for the IEHT said “There has been a huge amount of work undertaken in the last five years, starting with the signing of the Long-Term Forest Plan, restructuring the island woodfuel enterprise, establishing and expanding the Tree Nursery, the first phase of timber harvesting and the planting of our latest woodland creation project.

“The achievements both on-island and in partnering with other organisations to help us deliver, has been extremely exciting to be a part of and is something we aspire to keep building on in the coming years.” 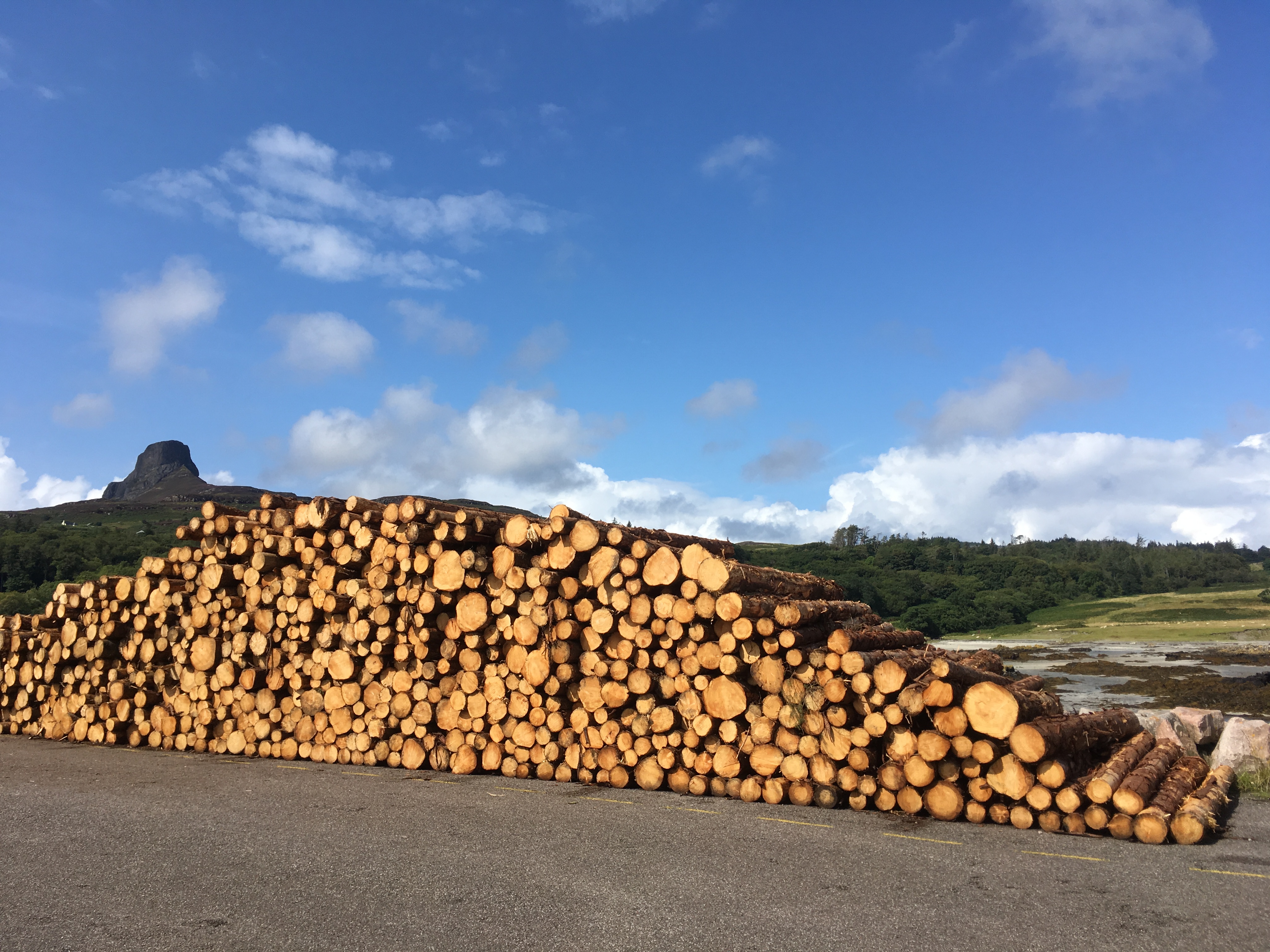 Scottish Forestry has been very keen to support the work of the Trust as Ian Collier, Woodland Officer for the Highlands and Islands Conservancy explained: “The determination of the community on Eigg to use woodlands to deliver across the Trust’s aims for social, economic and environmental has been inspiring.

“They have overcome not inconsiderable challenges to bring their woodlands into good management and contribute to the Scottish Government's targets for woodland expansion. To meet these targets we need every community, both large and small, to participate.

“We have been pleased to provide support and funding towards building forestry capacity, the development of the forest plan, new woodland creation and the nursery expansion. I look forward to continuing to work with the Trust as their vision for 21st century forestry is delivered.”